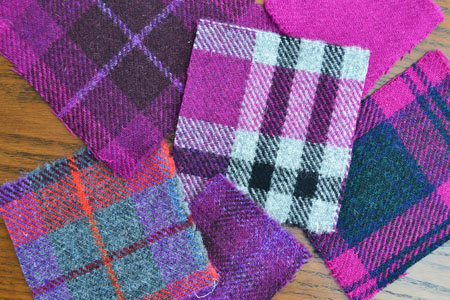 What better day than National Tweed Day to be going through samples of Harris Tweed while putting together our 2014 range!  After going through a tough time in the 2000s, the Harris Tweed industry is now thriving again and the tweed has been seen on many of the major fashion catwalks in recent years.  The cloth was granted its own Act of Parliament in 1993 and is defined as follows:

Now I just need to decide which of these beautiful tweeds to use........